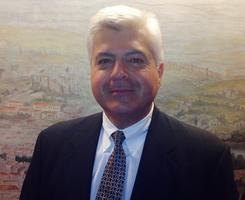 Brooke is the third generation of MilliMedia. She has been raised in the advertising business her entire life, looking up to her grandmother, Carmen Million, who started the agency in the 60’s and then learning from her mentor and father, Bayne Million, who is now the partner in the agency. She graduated with honors from the University of Alabama in 2005 with a bachelor’s in Communications concentrating in Advertising and a minor in Graphic Design. Brooke interned with the ISP Sports and Learfield Sports in 2005 and designed the University of Alabama football programs, winning 4th place in the NCAA Collegiate program design in 2005. Brooke worked as a Marketing Coordinator for the Comcast marketing department in Atlanta, and had work experience with the Atlanta Braves, Falcons, Hawks, Georgia Force and Thrashers. Brooke also helped roll out Wendy’s breakfast test in the Bowling Green market. She has a total of 12 years of restaurant and marketing experience. For two years, she was a Media Buyer at a local advertising agency in Mobile, where she placed and bought media for the 2012 U.S. Congressional race, and had accounts in Travel and Tourism. Brooke joined MilliMedia January 1, 2013 and is the VP of Media and Clients Services. She currently serves on the American Advertising Federation Board in Mobile, AL.​

He started in the advertising business literally in his youth, learning while shadowing and assisting Carmen. In grade school, he was answering the phone after school for bottle cap bids on toys shown daily on TV. In high school, he was doing press releases as he had his own weekly newspaper column for the local paper to highlight his high school. By college, he was doing media buys well before software existed. Bayne received his Masters in Advertising from the Grady School of Journalism at the University of Georgia, home of the Peabody Awards. He returned to New Orleans and worked in the ad agency for seven years on a variety of accounts, developing an interest in Political Campaigns where he did post graduate work at Loyola University and American University. Bayne started with Wendy’s on the Coast as an account in 1986, and also worked for the New Orleans franchise before accepting a position in Field Marketing with Wendy’s International for the South Region based in Atlanta. It was here Bayne combined his undergraduate degree in Education from Emory with his graduate degree from Georgia, as he supervised over 10 ad agencies and developed many young people in the industry who today are owners or execs in ad agencies. His 24 markets produced positive sales consistently, and these markets received Wendy’s Diamond Award for National Marketer of the Year a record seven times for DMA’s across the South - Jackson, Little Rock, Memphis, Monroe and New Orleans. He has been awarded the National Marketer of the Year two times in his current position with Wendy’s of Bowling Green, as Senior Vice-President of Sales and Marketing. Bayne also received numerous other awards during his years with Wendy’s International: the Dave Thomas MBA Award (first New Orleans Division recipient), Field Marketing Legend, Business Leadership Award, and other Diamond Awards. He brings a unique perspective to any business, as he has worked on the corporate side selecting/evaluating/training agencies, as an outside ad agency, as an in-house ad agency, and now on the franchise side in senior management for a 40+ location franchise with 1500 employees in four states. This franchise recently won the Dave Thomas Founder’s Award as the top Wendy’s franchise in the world, and the Jim Near Legacy Award for their employee initiatives. Bayne serves on many non-profit boards, contributes as a volunteer, and supports the Dave Thomas Foundation for Adoption and the Wendy’s High School Heisman.​ 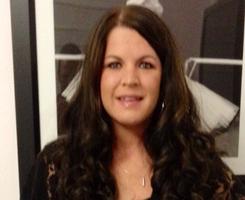 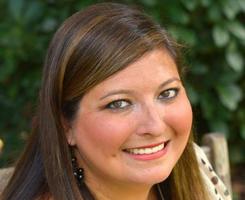 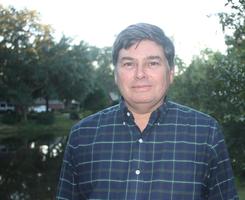 Advertising was my life from the start. I spent many evenings in the control room watching the producer and director create the television and radio productions. I worked for a local television station assisting with the radio and television production, and I produced television spots using my still photography during my college years at the advertising agency. I spent many years producing technical manuals, publishing and presenting papers for commercial and defense contractors during tradeshows and client demonstrations. My experience includes producing radio and television media, placing all media types, creating and designing websites. Today’s challenges include reaching the developing technical market with the growing media avenues. ​